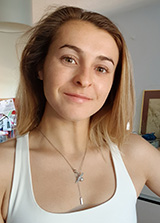 Kate graduated from the University of Sheffield with a degree in Biomedical Sciences with a Year in Industry. She will be supervised by Dagmar Scheel-Toellner and Karim Raza at Birmingham University and co-supervised by Amy Anderson and John Issacs at Newcastle University. Kate will be investigating the functional consequences of IgA capture in FcRL4+ cells in rheumatoid arthritis to understand the cells antigen presenting capabilities and their consequential interactions with T cells to over activate the immune system. 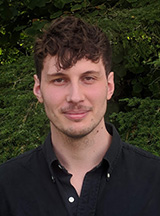 Daniel graduated from University of Warwick with a BSc in biochemistry before then studying an MSc in immunology at the University of Oxford. During his MSc he studied the biophysical characteristics of membrane models used to reconstitute immune signalling at the plasma membrane in a simplified but controllable fashion. Daniel has now joined Michael Dustin’s lab at the Kennedy Institute of Rheumatology under co-supervision by Catharien Hilkens from Newcastle University. During his PhD Daniel aims to use model membranes to better elucidate the key signalling mechanisms tolDCs employ to induce T-cell tolerance, a crucial interaction that prevents aberrant inflammatory responses towards self antigen otherwise common in many autoimmune diseases. 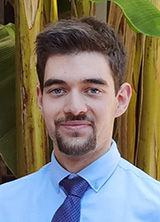 Bogdan graduated from the University of Aberdeen with an MSci in Biotechnology, specialising in Epigenetics and Biochemistry. During his industrial placement year at GlaxoSmithKline he worked in a department focused on immuno-inflammation where he was tasked with the development of a model for human Th17 cell in vitro differentiation. Bogdan is now supervised by Carl Goodyear in Glasgow, and co-supervised by Kim Midwood in Oxford. He is looking at the epigenetic suppression of anti-inflammatory metabolic pathways in rheumatoid patient myeloid cells. This is with particular focus on the impact that the RA-associated DAMP tenascin-C has on the itaconate anti-inflammatory pathway. 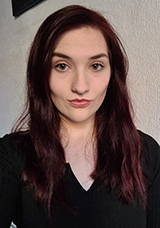 Annabelle graduated from the University of Glasgow in 2020 with an Honours Degree in Immunology. She is supervised by Simon Milling and Stefan Siebert in Glasgow, Catharien Hilkens in Newcastle, and Paul Bowness in Oxford. Her project aims to understand interactions between the intestinal immune system and systemic pathology in people with seronegative arthritis. She aims initially to investigate the effects of HLA-B27 on mucus secretion by goblet cells, and the roles of regulatory T cells in the intestine of people with ankylosing spondylitis. 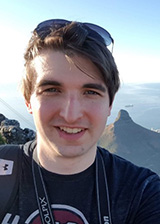 Project Title: Bcl-3 as a mediator of immune dysregulation in CD4+ T-cells of early rheumatoid arthritis

Jack graduated from the University of Birmingham with an MSc in Immunology and Immunotherapy and then worked as a lab technician at a phase 1 clinical trial research centre for the pharmaceutical company Covance.

Jack is now undertaking a PhD under the supervision of Drs. Arthur Pratt, Ruaidhri Carmody and Amy Anderson looking into a potential new therapeutic target for rheumatoid arthritis called Bcl-3, which is present at high levels in certain immune cells of the blood during the earliest stage of the disease.

At the University of Glasgow, he will begin to investigate the function of this molecule in detail, first developing a new experimental technique to enable its levels to be controlled in human immune cells. Jack will continue this work at Newcastle University, where he will explore how different Bcl-3 levels in these cells might “programme” them to cause disease. In parallel Jack will measure Bcl-3 in the joint lining of patients with early stage rheumatoid arthritis compared with other types of arthritis. Investigating these areas will inform whether Bcl-3 inhibition by drugs might help to treat Rheumatoid Arthritis. 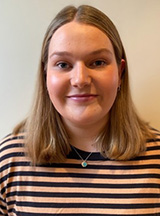 Emma graduated from Newcastle University in 2020 with a 1stclass degree in Biomedical Sciences.  The goal of her RACE2 PhD project is to develop a novel immunotherapeutic tool that will restore immune tolerance in rheumatoid arthritis patients. To this aim she will engineer and test a biomaterial-based ‘scaffold’ that upon injection will form a protected space, in which dendritic cells can be reprogrammed to become tolerogenic. Emma will be supervised by Catharien Hilkens and Katarina Novakovic (Newcastle University) and James Brewer and Paul Garside (University of Glasgow). 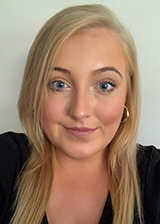 Lucy's RACE PhD project focuses on using single cell RNA sequencing to study the role of synovial tissue macrophages in pathology and resolution of Rheumatoid Arthritis (RA). Generally, Lucy is interested in the role of the innate immune system in inflammatory disease and is particularly fascinated by macrophages – a family of immune-cells responsible for detecting and destroying pathogens and dying cells. It has been previously shown that these cells reside in the synovial tissue of the joint and are notorious for their involvement in Rheumatoid Arthritis (RA). However, their role in the normal maintenance of the synovial tissue is not well known.

Lucy is also a MSc Bioinformatics graduate and has a keen interest in computational biology and programming. Lucy has applied these skills to her PhD research, allowing her to look at gene activation within each individual cell in the synovial tissue. This analysis has allowed the team to identify different families of synovial macrophage with diverse roles in the tissue. 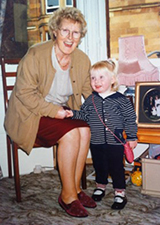 In addition, it has also been determined how their genetic profile changes upon the onset of RA or in sustained clinical remission – offering great potential for the development of new treatments for RA which could nicely complement and enhance the effect of current therapies. This work is published in Nature.

Lucy's lovely Granny Jean had RA and her memory motivates Lucy to always try her best, 'I have thoroughly enjoyed my time as a RACE PhD student. The PhD programme has not only allowed me to develop my skills as a scientist but has also given me countless opportunities to present my work at meetings and grow as an individual.' 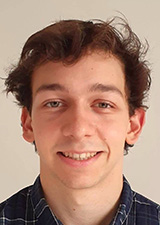 Jean-Baptiste graduated from Imperial College London with a BSc in Biology in 2019. During that time, he worked for a year as a research associate within the Immunology and Inflammation department of Pfizer Inc. in Cambridge, Massachusetts. He then graduated with a distinction from the University of Oxford with an MSc in Integrated Immunology in 2020. Jean-Baptiste is now based at the Kennedy Institute of Rheumatology in Oxford, supervised by Kim Midwood and Christopher Buckley. His PhD project will define how changes in the composition and organization of the extracellular matrix in the synovium of people with rheumatoid arthritis contribute to chronic inflammation. Using a combination of bioinformatic and wet-lab approaches, the goal is to reveal novel mechanisms underlying disease progression and to better understand treatment response.