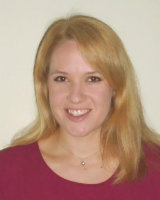 ‌Sally graduated from the University of Cambridge with an MSci in Natural Sciences, specialising in Biochemistry. She then worked as a technology development scientist for Cambridge biotechnology company, Horizon Discovery, where her focus was the optimisation of CRISPR/Cas9 gene editing techniques for cell line engineering. Sally is supervised by Andy Clark in Birmingham, and co-supervised by Mariola Kurowska-Stolarska in Glasgow. She is looking at the regulation and function of microRNAs in the actions of the anti-inflammatory steroid hormones, glucocorticoids. This is with particular focus on the molecular regulation of macrophages, which act as key drivers of inflammation. 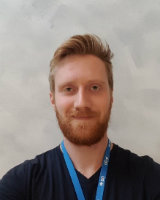 ‌Sam graduated from the University of Strathclyde in 2016 with a Masters in Immunology after completing an honours in Immunology and Pharmacology. He is supervised by Mariola Kurowska-Stolarska in Glasgow and Andrew Filer in Birmingham. His project will study the characterisation and function of macrophage sub-populations from the synovial tissue of rheumatoid arthritis patients, both with active disease and in remission, to understand the contribution these cells make to the why the disease starts and why it sometimes becomes a chronic disease. 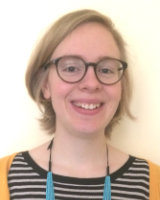 ‌Leonie graduated with a first class degree in Neuroscience from the University of Glasgow. She is investigating how dysregulation of integrin-signalling, especially on dendritic cells, is contributing to the pathogenesis of rheumatoid arthritis. Leonie is co-supervised by Catharien Hilkens in Newcastle and Vicky Morrison in Glasgow with further support from Iain McInnes in Glasgow and Andrew Filer in Birmingham. 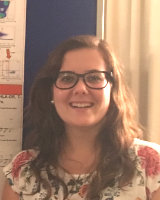 ‌Gemma graduated from Universitat Pompeu Fabra in Barcelona, with a Human Biology degree. She then pursued a Master of Science in Microbiology and Immunology at the University of Nottingham obtaining a Distinction. In Newcastle, she is supervised by Amy Anderson, Arthur Pratt and John Isaacs, and  is co-supervised by Dagmar Scheel-Toellner in Birmingham. Gemma is investigating the role of a subtype of B cells, known as age-associated B cells, in the pathogenesis of rheumatoid arthritis.