The effect of inflammation on mood and depression

On 25 August 2016, Professor Iain McInnes, the Director of the Institute of Infection, Immunity and Inflammation at the University Of Glasgow and a consultant rheumatologist appeared on the BBC Radio 4 programme, The Inflamed Mind, with Professor Ed Bullmore, the head of psychiatry at the University of Cambridge and Professor Carmine Pariante at King's College London and patients to explain research that has identified links between inflammation and depression.

Research has identified that in some people with depression, their indicators of inflammation are far higher than expected and further research is underway to identify how the immune system is altering their brain. The programme visited Professor McInnes' rheumatology clinic at Glasgow Royal Infirmary. In clinic he has recognised that when some patients with rheumatoid arthritis were given precise anti-inflammatory drugs to calmed down specific parts of the immune response, their mood improved.

Prof Iain McInnes said: "When we give these therapies we see a fairly rapid increase in a sense of well-being, mood state improving quite remarkably and often disproportionately given the amount of inflammation we can see in their joints and their skin. It suggests the patients were not simply feeling happier as they were in less pain, but that something more profound was going on."

Prof McInnes added: "We scanned the brains of people with rheumatoid arthritis, then gave them a very specific immune targeted therapy and then imaged them again afterwards. What we are starting to see when we give anti-inflammatory medicines is quite remarkable changes in the neuro-chemical circuitry in the brain. The brain pathways involved in mediating depression were favourably changed in people who were given immune interventions." 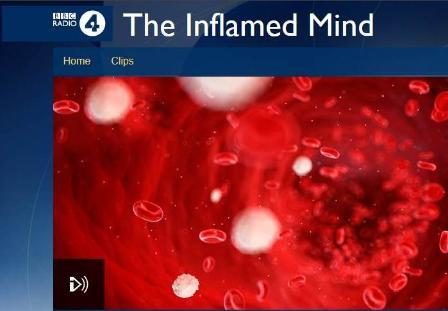